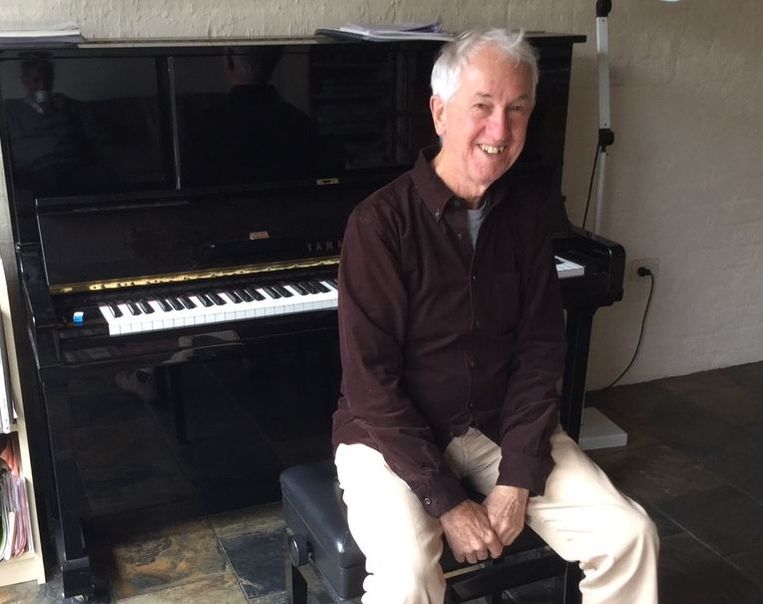 How long have you been in VACMS?
about 5 years

What instrument(s) do you play?
I'm a pianist but I have a small harpsichord which I play in a baroque group.

What are your other interests?
Cycling, I go to a gym three times a week, and I'm in a writers' group.

Why did you join VACMS?
I began my musical life playing jazz in clubs and pubs when I was young with little knowledge of chamber music, so I've always thought of myself mainly as a jazz musician. For several years I'd also had a small Latin group playing at the many tango clubs around Melbourne, in Adelaide and at the yearly Australian Tango Festival. When I retired, one of my mates who played viola asked me to come along o a VACMS session (I think the Haydn 'Gypsy' piano trio in G major was the first piece I nervously tackled but the other players were very supportive.) It opened up this whole new world of music of which I'd known very little.  VACMS has also introduced me to a great network of chamber music players I can call on when I want to play.

What have you enjoyed about being in VACMS?
It's taught me the anatomy of chamber music, how it all fits together.  I really like the way I get to play with people who are much better than me which can be a bit challenging at times but I think it's pushed me to become a better player. Sometimes I get to play with new, less confident players and that also can be a lot of fun as everyone learns about the musical conversation that is the heart of chamber music. We laugh a lot during the playing sessions. And I sometimes manage to sneak in a tango arrangement or some Piazzolla when I'm playing in a piano trio session.

What are some of the event highlights?
I never thought I'd see the day when I'd be playing Schubert's Trout Quintet with four other musicians but I've done it a couple of times. I have to admit there were some moments when I was less than perfect ....but what a buzz!  In another VACMS session I accompanied a soprano, an ex-member of the Australian Opera, who was rehearsing a Handel aria she was going to sing at her daughter's wedding.